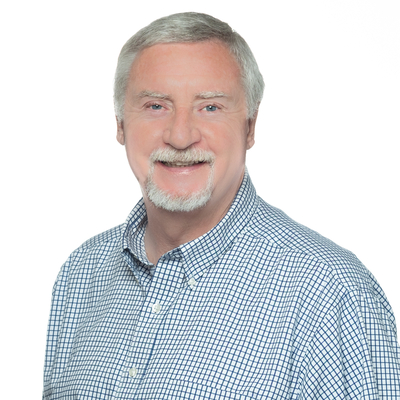 After more than 40 years leading organizations in the Human Resources function, I’ve come to believe that leaders who are truly successful have all three of these attributes:

●       IQ (Intelligence Quotient). According to Wikipedia, IQ is a number representing a person's reasoning ability (measured using problem-solving tests) as compared to the statistical norm or average for their age.

●       EQ (Emotional Quotient). Also according to Wikipedia, EQ is the capability of individuals to recognize their own emotions and those of others, discern between different feelings and label them appropriately, use emotional information to guide thinking and behavior, and manage and/or adjust emotions to adapt to environments or achieve one’s goal.

●      BQ (Business Quotient). According to me, BQ is simply your understanding of the entire business by which you are employed.

Intelligence Quotient (IQ) has been around for a long time and lately the trend in leadership is to incorporate EQ, often called Emotional Intelligence, into leadership ability discussions. In more than 40 years of leading Human Resources and helping develop the next leaders of the organization, I have come to realize that BQ is also needed regardless of what functional area you have experience with.

Here is an example. Together, my son, who is also an HR director, and I teach a segment at a local university for students attaining their HR degrees. We start by asking, “Who wants to get into HR to help people?” About half of the students raise their hands. Then, to make an impact, we tell them we won’t hire any of them! The point we try to make is that they will be hired to help THE COMPANY, the entity that pays them. In business, they have to learn how to not only help the employees, but they also need to help the entire business. And the only way they can do that is to understand the entirety of the business they serve and the role they play in that success (or failure).

I’ve dealt with leaders who were terrific in their functional area but became “siloed” in their thinking and in providing solutions. They failed to understand the entire breadth of the organization. Those who do understand this, tend to rise quicker to leadership roles and have more of an impact. One of the greatest compliments I ever received had nothing to do with the HR functional area. When I was asked whether I would be interested in being the general manager of a small division of the company, it was an indication I understood the entire company, its goals and why it exists.

If I have any leadership advice for young professionals, it is this: The key to effective leadership is the ability to KNOW the business. That is, learn the ins and outs of the entire business. The main point of this post is to encourage you to get out of your offices, get away from your functional areas of expertise and spend some time “out in the field” with customers and other operational areas. The best definition of a leader I’ve ever heard was from a former CEO, and it has stuck with me: A leader is a person you follow to places you would never go to by yourself. The operative word is not LEADER in that sentence but rather FOLLOW. If no one is following you, you are not a LEADER!

Tom Funk has over 35 years of experience in human resources management including Vice President of Human Resources with two major Milwaukee area manufacturing companies—Maysteel, LLC and The Oilgear Company. He also has extensive human resource experience as a Director of Human Resources with Rockwell Automation (Allen-Bradley/Reliance Electric). While with these companies, Tom gained extensive knowledge in international human resource management issues, as well as both union and non-union employee organizations. His background has spanned both privately and publicly-held companies. Tom currently leads two EA groups (EA 10 & EA 41).

Making a New Year’s Resolution You Can Keep